May I introduce myself?

I was born on August 31, 19.... and grew up in Austria, the USA and Germany. In addition to my trained job, which is in the social field, I love working on our small farm and I still like to work on my more than 50 year old motorcycle from time to time. There is always a lot to do on our farm where my children and I breed, raise and train American Paint Horses. I own an American Paint Horse and an American Quarter Horse. But my greatest love is my Australian Shepherd.

When time allows, I - among other things - enjoy reading. I really like hiking and camping trips. I love listening to music and I play the guitar (but never ever in public!). I love horseback riding and I love motorcycling. I also have a special passion for drawing. 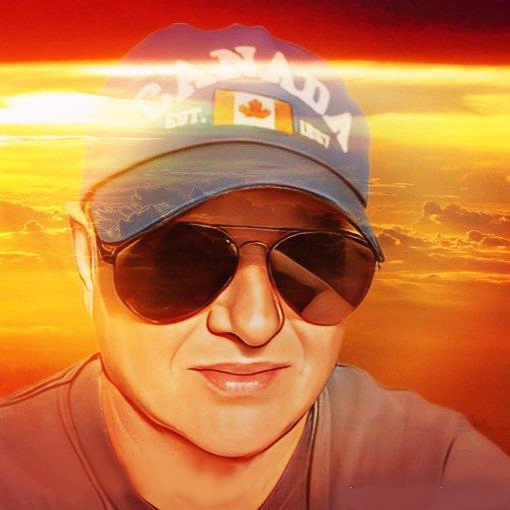 How I became a sci-fi fan

There was once ...
a little girl, maybe four or five years old, who had found a book in her father's bookcase. It was a nondescript book with a dark gray cover....

I don't remember what title it was or who wrote it. My father was a qualified physicist and actually only had specialist books in his bookcase. But this book fascinated me even though I was so small at the time that I couldn't even read. This book was about rockets, manned spaceflight, space stations and orbital stations. It was about the vision of colonizing the moon, maybe one day Mars. Of course I couldn't read it, but there were fascinating illustrations in the book. My imagination was awakened, as was my interest, and last but not least, this book was the cornerstone of my love of science fiction.

When I was about 10 years old, a TV series came on TV that I immediately really liked, but unfortunately my mother didn't. It took a lot of inventiveness to watch this series every week without getting caught. Her name: "Star Trek - Starship Enterprise". Star Trek has been with me ever since. I don't even know how many times I've watched "TOS", "The Next Generation", "DS9", "Voyager" and "ST Enterprise". I have also seen all the feature films several times. The only thing I didn't like was "Star Trek Discovery".
It was no coincidence that Star Trek was able to convince me: in addition to a believable presentation of technology, the main message of the show is hope for a better, more peaceful life. Despite all the space battles and struggles, the focus is on harmonious coexistence and the peaceful resolution of conflicts. Definitely, I'm a big fan of this franchise.

... and then came Stargate!

In 1997, shortly after a sci-fi show called "Stargate SG 1" aired on TV, I happened upon this series. I watched some episodes irregularly for a while and couldn't understand the subject at all. I didn't understand these weird aliens they had on this show.
- Why did they speak in a normal voice and suddenly changed into a deep alien voice - even the women!
- Why the hell were all these Egyptian, Norse and other gods on this show?
- What about the military that was definitely operating in our regular timeframe?
- What did that have to do with the Cheyenne Mountain Complex, that bunker deep in the mountains of Colorado?
- Where the hell did the Stargate come from?

I had many questions and no satisfactory answers - so I stopped watching this "crap" and eventually forgot about this weird sci-fi show. However, "Stargate SG-1" was back a few years later. I accidentally tuned into the pilot and lo and behold, it suddenly made sense.
I suddenly understood: Stargate is told chronologically. The same applies to the spin-off series "Stargate Atlantis". Again, I've seen the episodes more often and am still fascinated by this series. The Stargate feature films have greatly contributed to my understanding of this series, especially the first film "Stargate" from 1994.
With "Stargate Universe" I felt the same way as with "StarTrek Discovery" and "Star Trek Picard", somehow I can't find access to these series. But anyway, Stargate is my franchise of choice!